Kicking our first season of having a resident artist at the Studio, we welcome 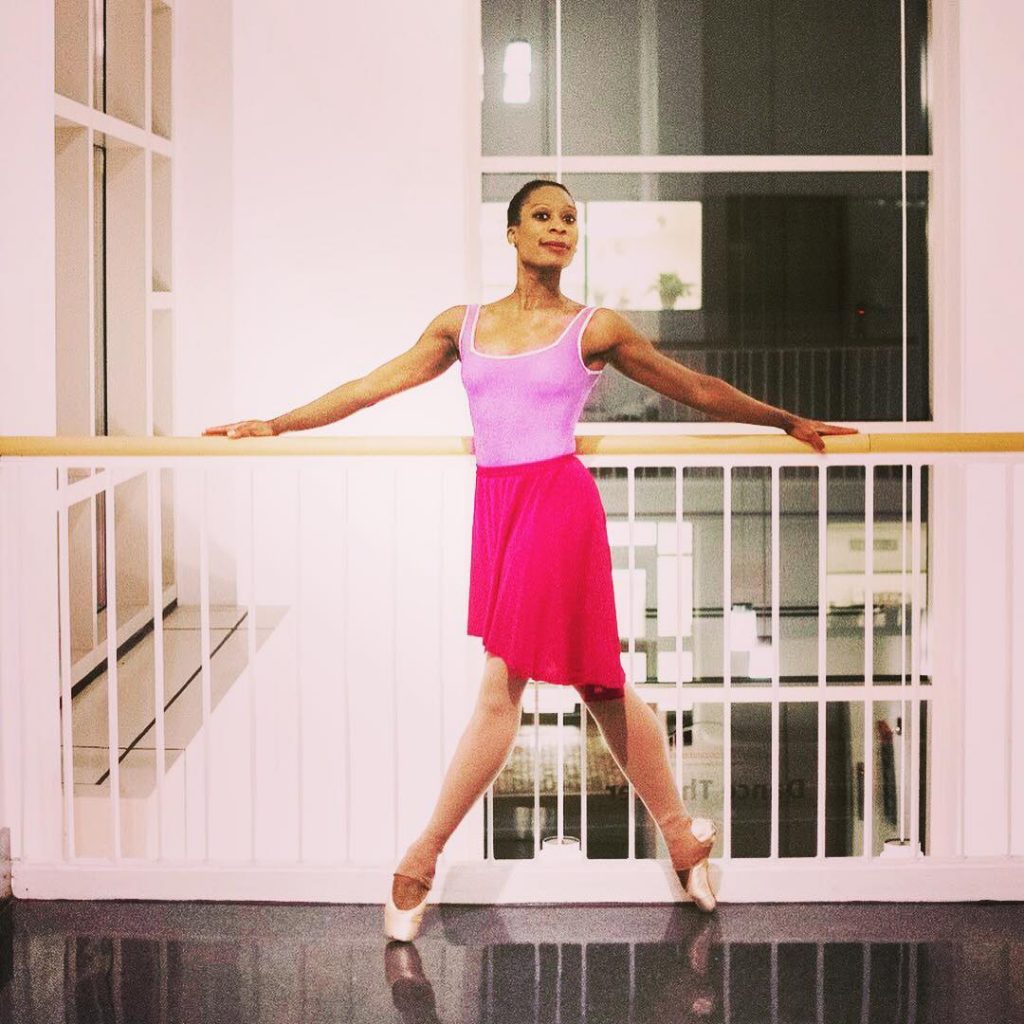 Janelle Gilchrist‘s passion for dance is evident in the various roles she has assumed in her professional career including dancer, teacher, choreographer, and community organizer. Originally from Stoneham, MA Janelle developed her skills and expertise through studies at Harriet Hoctor Ballet School, Boston Ballet School, Jose Mateo Ballet Theatre, Broadway Theater Project, Concord Academy, Dance Theater of Harlem, and the Hartt School in Connecticut where she earned a BFA in Dance. Ms. Gilchrist’s training led to roles as a company and/or lead dancer at the Hartford Ballet, the New Jersey Ballet, Jose Mateo Ballet Theatre, and Boston’s BalletRox where she made her debut as the Sugar Plum Fairy in the “Urban Nutcracker.”

Outside of ballet, Janelle showcased her versatility in other dance forms with Legends in Concert, Celebrity Cruises,
Anna Myer, David Parker, and Island Moving Company. Ms.Gilchrist served as choreographer and casting director of two flash mob performances for Media Direct Productions in Boston and Las Vegas. She also flew to Riga, Latvia with Ballet Rox to perform and teach the Urban Nutcracker to Dzirnas Dance Troupe.

She was on the staff at Moses Brown School in Providence, RI where she taught dance and choreographed musicals such as “Hello Dolly,” “The Music Man,” and “Cabaret.” Janelle was also the director of in school programming with BalletRox for the Boston Public Schools.

To her dance credits, Janelle added appearances in small roles in several major movie productions, including “27 Dresses” produced by 20th Century Fox and “What’s your Number” produced by Contra-films.

Currently, Janelle keeps a very busy schedule dancing, teaching, choreographing, and organizing. She is a company dancer and teacher at Jose Mateo Ballet Theatre and is Principal of the Jose Mateo Ballet School in Dorchester. She also teaches ballet at Tony Williams Dance Center and Step by Step. For the past 6 summers, Janelle taught ballet and choreographed for Boston University’s Reach program, a dance intensive/service program for teens.

In her off season from Jose Mateo Ballet Theatre, Janelle leads her own troupe called: Janelle Gilchrist Dance Troupe. Janelle choreographs original works for the troupe and they have performed at the Oberon Cambridge, Dance For World Community, Dance Complex, Somerville Dancing in the Streets Series, and the Mills Art Gallery.

In addition to her professional pursuits, Janelle is a local choreographer, and a champion for the local dance community, working tirelessly to elevate dance appreciation and support for the arts.

As part of her residency, Janelle will be offering intermediate/advance ballet class with her company twice per week for the month of June. For 4 Mondays and 4 Fridays in June, from 10:30am-12 noon, starting Monday June 4th, she will be teaching Open Ballet Class at Studio at 550 (550 Mass Ave) in Central Square Cambridge next to the Dance Complex! Class is $15, professionals only $5! Drop-in.