Sign up for the last session July 17-21 by week (use form below), or by workshop (email callie@studioat550.org) 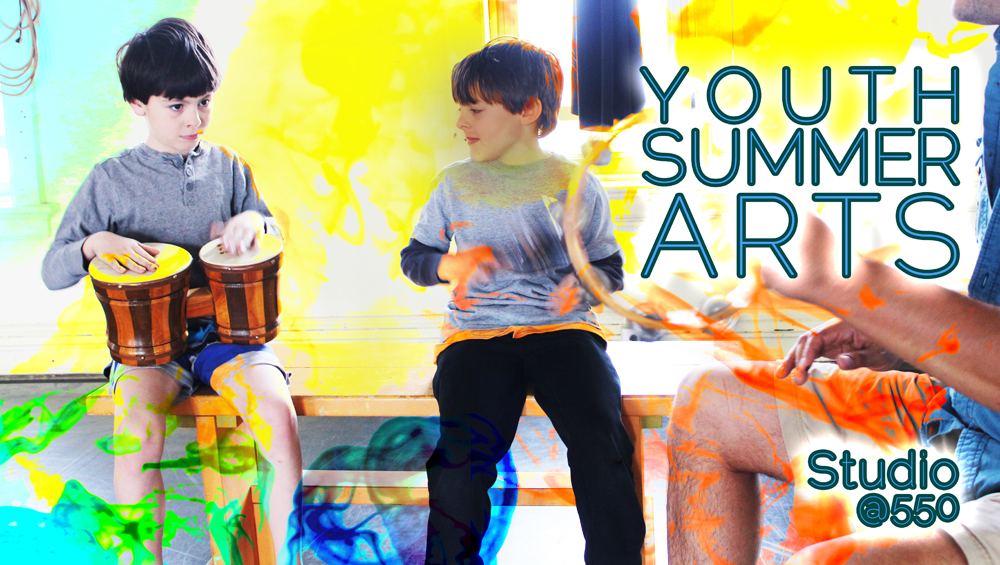 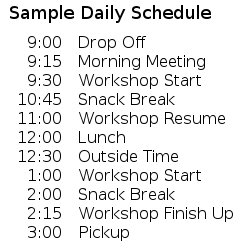 Studio at 550 is starting a summer arts program for kids ages 7-14.

This summer program is designed to create a fun, creatively informed summer for your children.  For ages 7-14 this program runs from 9am-3pm M-F and each day 1-2 art specialists lead the group in many educational and fun activities from the disciplines of dance, music, mask making, visual arts, video, theatre, and more!

Affordable and conveniently located, Youth Summer Arts aims to enrich your child’s natural curiosity through the arts.  Each week we will also go on excursions within public transit/walking distance to various art-rich locations.  Students will have plenty of body-moving activities as well as classes that will stimulate their creativity, imagination, and refinement of techniques.

Workshop only: $20 for one workshop (workshop schedule coming soon) 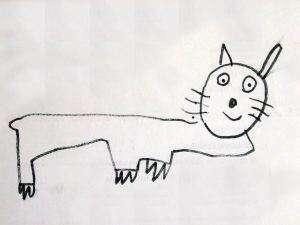 The class will introduce different drawing techniques and concepts in the

context of doodling in connection to movement.

In the course of different exercises and “games”, children would become familiar with 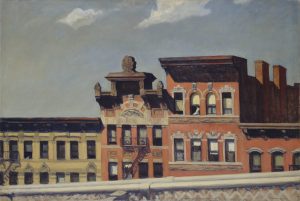 The series of workshops will introduce drawing and painting from observation, with the focus on the city architecture.

Students would work outside, exploring the city. In the course of different exercises students would learn basic ideas behind 2 point visual perspective, composition, color and line. Students also would get familiar with different artists inspired by the cityscape. 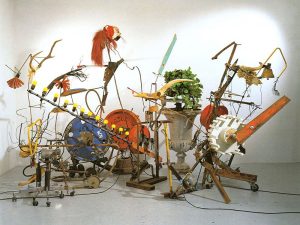 The series of workshops will introduce creating simple kinetic mechanisms from found objects.

Students would work on small individual projects, as well as bigger collaborative sculpture. 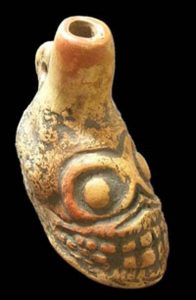 What is the physical property of sound? How can it be described through form?

The first part of the class would explore different sound exercises, thinking about the body,

as a sound vessel. The second part of the class would be devoted to exploring visual forms in connection to the sounds. 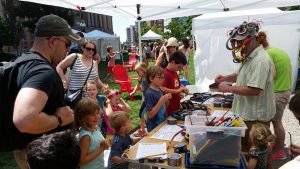 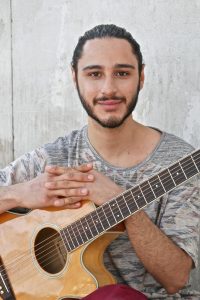 The series of workshops will introduce improvisation techniques and concepts of sound and movement produced by the human body.  Students would learn to use their movement and voice as multidimensional tools of expression.  Through a series of improvisations, the students would be encouraged to embrace their unique intuitiveness in performing as well as to observe and appreciate the same in their fellow students.  Students would also learn how to become aware of the environment in which they perform in and how to incorporate it in in their improvisations.

Marios Nicolaides has been creating and performing original music for almost 20 years. A member of dozens of interdisciplinary musical projects as a classical composer, songwriter, lyricist, singer, keyboardist, and guitarist, Marios participated in the making of three full albums and three EP’s since 2011. Marios is mostly known in Greece and Cyprus as the songwriter/instrumentalist of the Cypriot Alternative Rock band PIXIDES which was founded in 2005. His most established U.S projects include Indie – Pop band Primal Feelings (NY) and Folk Duo Charlie Diva (MA). Marios is also an award-winning classical composer. He is a two-time 1st prize winner of the National Composition Competition “Marios Tokas” in Cyprus, a member of the Center of Cypriot Composers, and a member of the American honorary music society Pi Kappa Lamba. He holds a Bachelor’s of Music in Composition from the New England Conservatory in Boston with high honors. At NEC he studied Composition with Efstratios Minakakis and John Mallia.

Marios started studying music at the age of 6 in Nicosia, Cyprus where he was born. He studied music theory, Byzantine music, and Greek/Cypriot traditional music while attending the Emmetron School of Music and the Nicosia Music School for an 11-year period. During that time, he studied voice with Lia Vissi, guitar with Dimitris Regginos and Kikis Apostolou, and classical piano with Marios Ioannou and Elena Mitella. He studied composition with Tasos Stylianou and electric-bass with Michael Messios.

Marios has written the original music and coordinated the musical part for several theatrical productions including the awarded Cypriot production of the musical ‘’Mamma Mia’’. As an educator, Marios has been leading sound & movement improvisation workshops for children.

Move Like the Animals – Feldenkrais movement lessons for kids

We will journey down the street to ARE/Storefront for Somatic Practice to Join Helen in some improvisation combined with Feldenkrais exercises, music, and creative play. 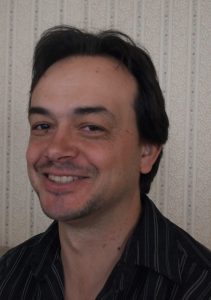 Creating and Performing Music as an Ensemble

For over 15 years Ivan has taught music and dance in the Greater Boston area.  He has experience teaching 1 to1 as well as groups.  Graduating with an M.F.A. from the Boston Conservatory, Ivan Korn has danced with notable companies such as Prometheus Dance, Zoe Dance, and with Wendy Jehlen.  Ivan currently teaches at the Marblehead School of Ballet where he is the resident choreographer and modern dance teacher.

As a musician he has played with a broad range of ensembles ranging from folk, rock, blues, jazz, and has composed many classical compositions.  His instrument knowledge ranges from pianos/keys, drums, bass, to guitar (electric and acoustic).

As a teacher he has taught ages 4 years old through adult.  He is also the father of two young boys.  Ivan is happy to be joining the Studioat550’s Youth Summer Arts team.

Rhythm Workshop
This class will engage students in fun and immersive movement and drumming activities geared around enacting the body within the rhythms inherent to music making. Students will learn to use their feet, hands, and voices to interact with the American musical forms of Jazz and Samba, allowing them to integrate these rhythmic identities into their own musical growth. No level of experience is necessary and all are welcome!
Songwriting Workshop
This class will invite students to explore the realm of songwriting, with each class exploring both the subject of lyrical development and melodic construction. Students will spend time in guided writing exercise, and then incorporating their ideas into songs of various styles curated by the instructor. Different sessions will explore different styles, ranging from traditional blues music, to modern pop music. No level of experience is required, all you need is an eager voice!
John Cushing is a graduate of the New England Conservatory of Music, and works actively as a performing musician, teacher, composer, and solo artist. His degree in Jazz Studies and Performance gives him a rich background in american music, allowing him to explore elements of modern music intrinsically tied to the American tradition. He has studied with renowned artists such as Ken Schaphorst, Rackalam Bob Moses, Jerry Leake, Dominique Eade, and Cristi Catt, giving him a well-equipped and versatile approach to his multidisciplinary performance and teaching practice.