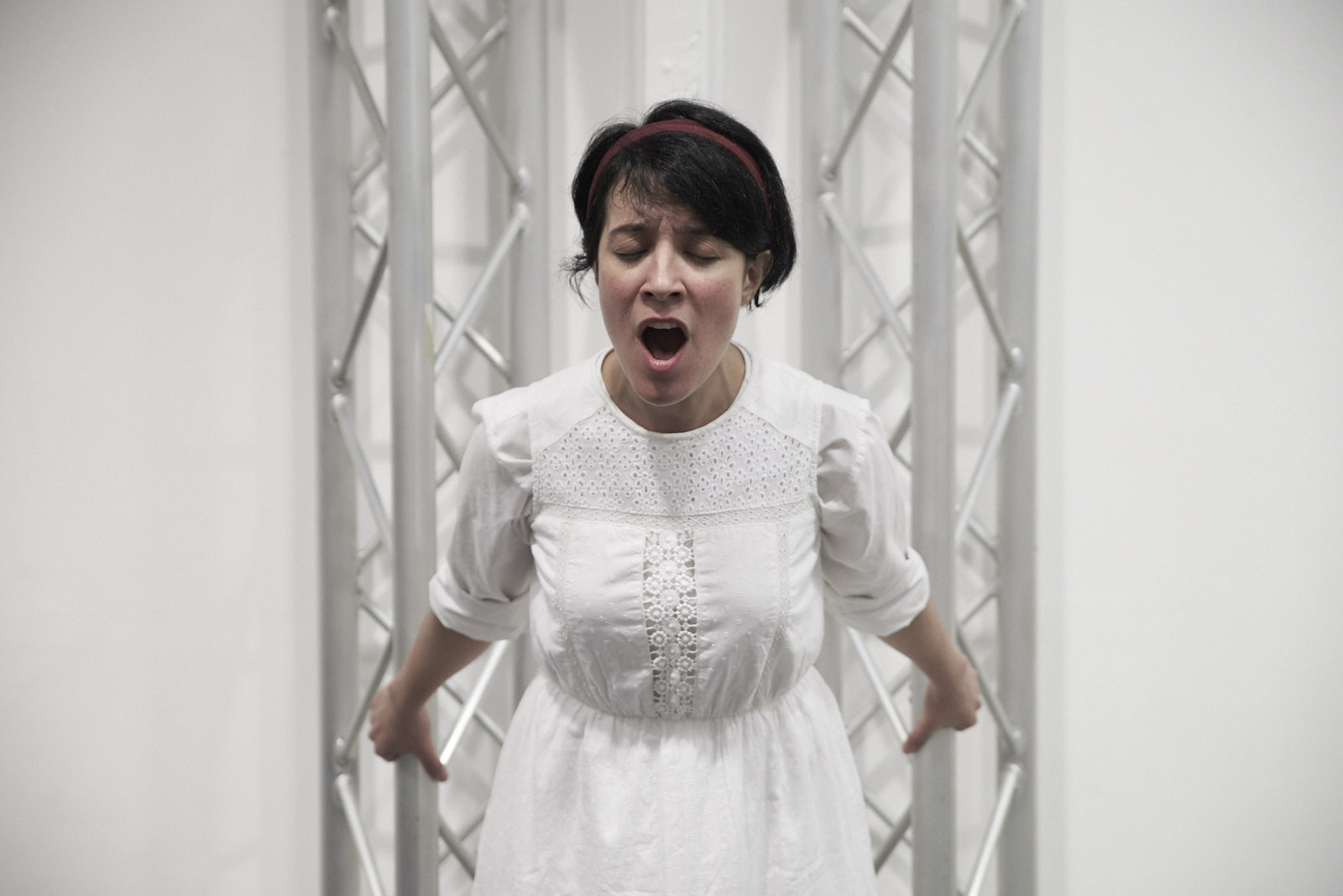 ‘Judaica’ is an artistic research project that explores the meaning and power of song in relation to contemporary jewish identity. Based in the United Kingdom and funded by the UK Arts and Humanities Research Council, it draws together a trio team of ‘embodied researchers’ from the US, Poland, and Turkey to explore the act of singing in relation to memory, technique, and identity.

Cambridge will be our last stop in the United States after nearly two months of continuous travel and events organized at universities, community centers, theaters, synagogues, and other venues in the US, UK, and Poland. Here we will offer a retrospective view of our journey in three parts: first, a concert of fragments based on jewish songs in Yiddish, Hebrew, Turkish, Ladino, Luganda and other languages from around the world; second, a living laboratory that demonstrates the core methods of our research through embodied practice; and third, a selection of video screenings using new audiovisual forms to share our experiences and experiments with songwork.

Movement, voice, language, and video will be woven together in this unique event.

Ben Spatz is Senior Lecturer in Drama, Theatre and Performance at the University of Huddersfield; author of What a Body Can Do: Technique as Knowledge, Practice as Research (Routledge 2015); convener of the Embodied Research Working Group within the International Federation for Theatre Research; and editor of the new videographic Journal of Embodied Research.

Nazlıhan Eda Erçin is a performer, researcher and educator pursuing a practice-based PhD degree in Drama at the University of Exeter. Her background is in Sociology (METU, Turkey) and Performance Studies (SIUC, USA). Her current research and teaching practice focus on body-centred research, physical/auto-biographical/solo performance, gender and identity.

Agnieszka Mendel is a singer, actress, ethnologist, voice and theatre teacher. For 15 years she was a core performer with the Gardzienice Centre for Theatre Practices in Poland where she played leading roles in several performances and conducted workshops for actors and singers from around the world.